About two months ago we decided to buy a Petzi cam for our English Bulldog, Truman. Ok, it was for me not for Truman. We travel a lot and I wanted to be able to talk with him while we're away, plus it's funny to call him while I'm at work. 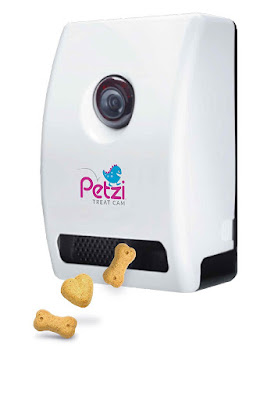 Here's what it looks like. It mounts to the wall or can set flat on a piece of furniture like a coffee table. We put ours at Truman's eye level so that we can see him better and his treats don't go flying. The Petzi can do several things: you use an app on your phone to call your dog, it rings, and then the camera shows you the room in a wide angle format. You can talk, ring a bell, throw treats, and take photos of your dog. The things it doesn't do that I wished it did are take video and have two way audio (your dog can hear you, you can't hear him. 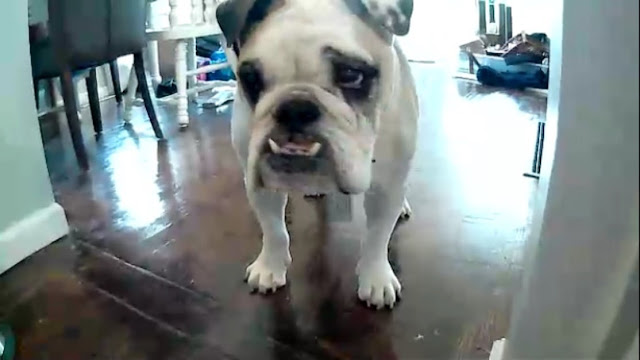 Truman was kind of skeptical at first, he wouldn't even come when the phone rang. Finally he figured out that if it rang he'd eventually get treats but sometimes he still won't come. I'll be calling him and I can see his shadow in the next room but he's just not having it. 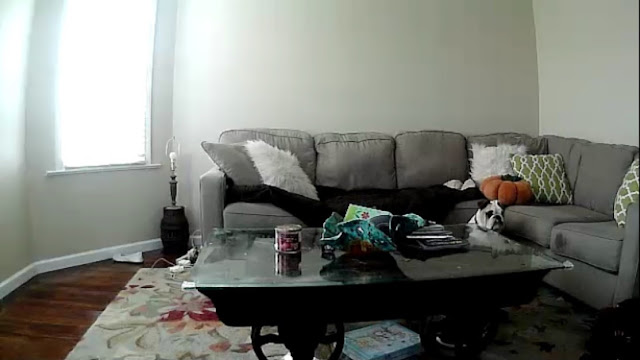 I call him probably once a day or so when I'm at work. It's pretty funny to see what he's doing during the day when he doesn't go to work with my husband. Why are you sitting there on the floor, Truman? 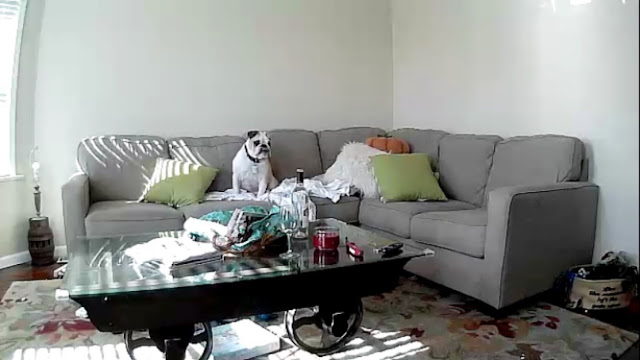 I can even call my dog and watch my dog watch TV. 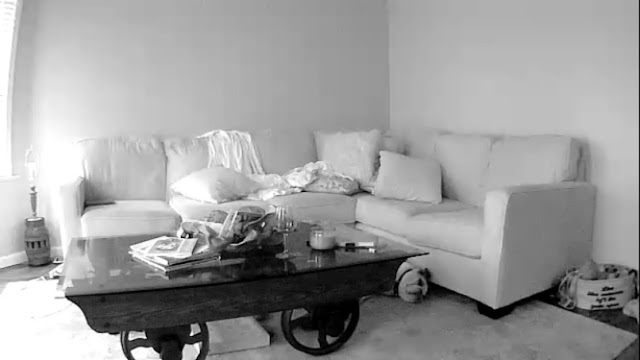 One feature I really love is the night vision. It doesn't work well when it's pitch black, but at dusk or when it's fairly dark in your house you can still see the dog. When I called him this time I was starting to get worried because he wasn't answering and I didn't see him, but then I saw that he's too busy sleeping to answer the phone.
All in all we're really happy with our Petzi and I would definitely buy one again. We were recently in Thailand and China and Truman was at Gramps Camp with my parents, and we were able to call him several times and throw him treats. It makes going away easier when you can see them doing just fine without you!
(I didn't get anything for writing this post and it's not sponsored- although hey Petzi I could use another one for my office....)